2019 brought with it plenty of stories new to the screen, both adaptations and original works, many of which I’ll mention later on in the 12 Days of Anime. But I don’t want to overlook some of the sequels that I found just as enjoyable, partly due to their unexpected arrival. 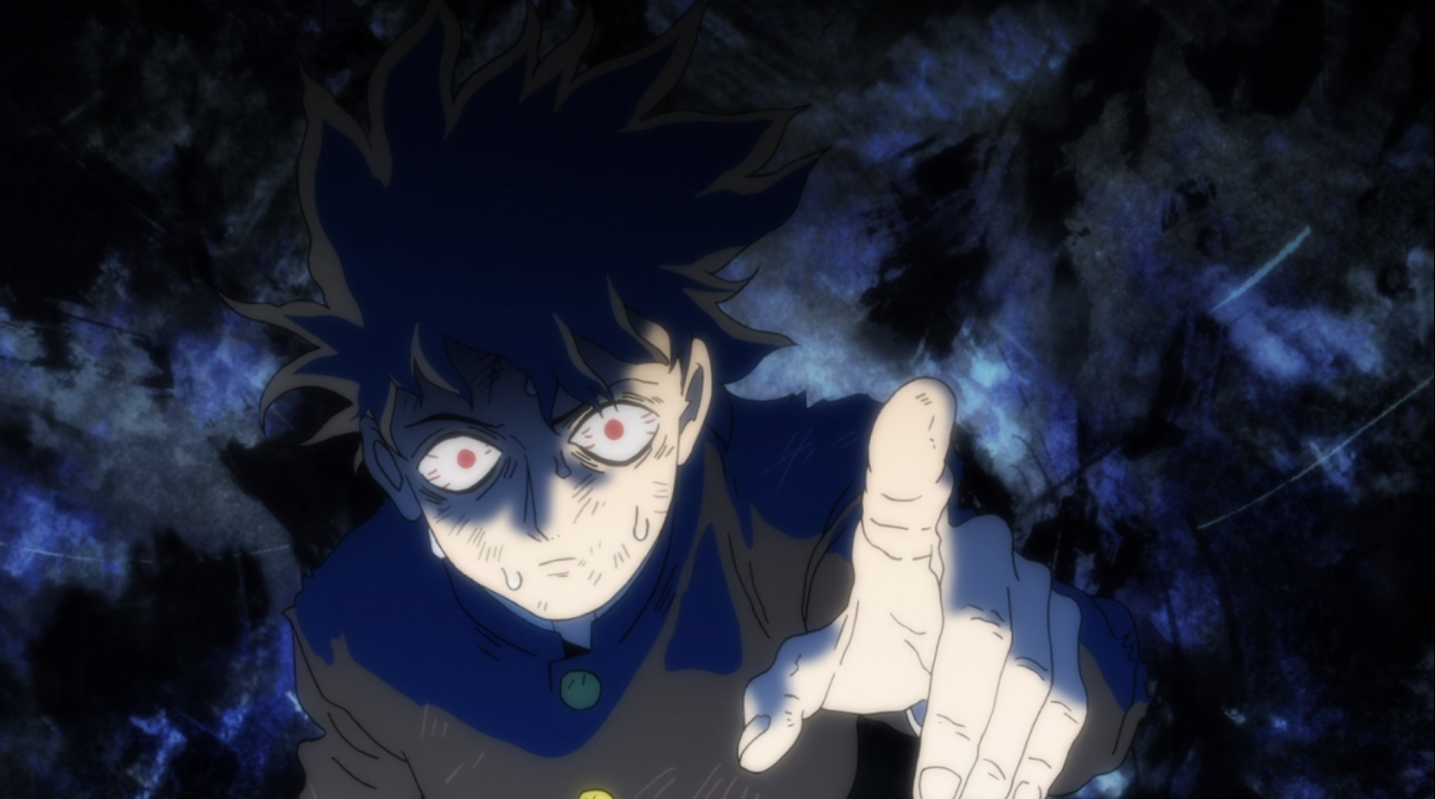 Mob Psycho 100’s sequel release probably surprised me the most out of the all of the following shows, mostly in part of how satisfied I already felt with the first series. Mob’s development as a character, as well as his relationships with his friends, family, and employer showed marked growth over the episodes, and the nature of his constant tic upward in stress and the resulting explosion all felt very final.

Yet here we are with a sequel, and one that does its predecessor justice in continuing its remarkable writing. While Mob is still the main character of the story, further focus was centered on Reigen, including his past and life after meeting Mob. Far more time was spent on Reigen than I had anticipated, a decision I applauded given his influence on Mob as well as his own contradictory nature. 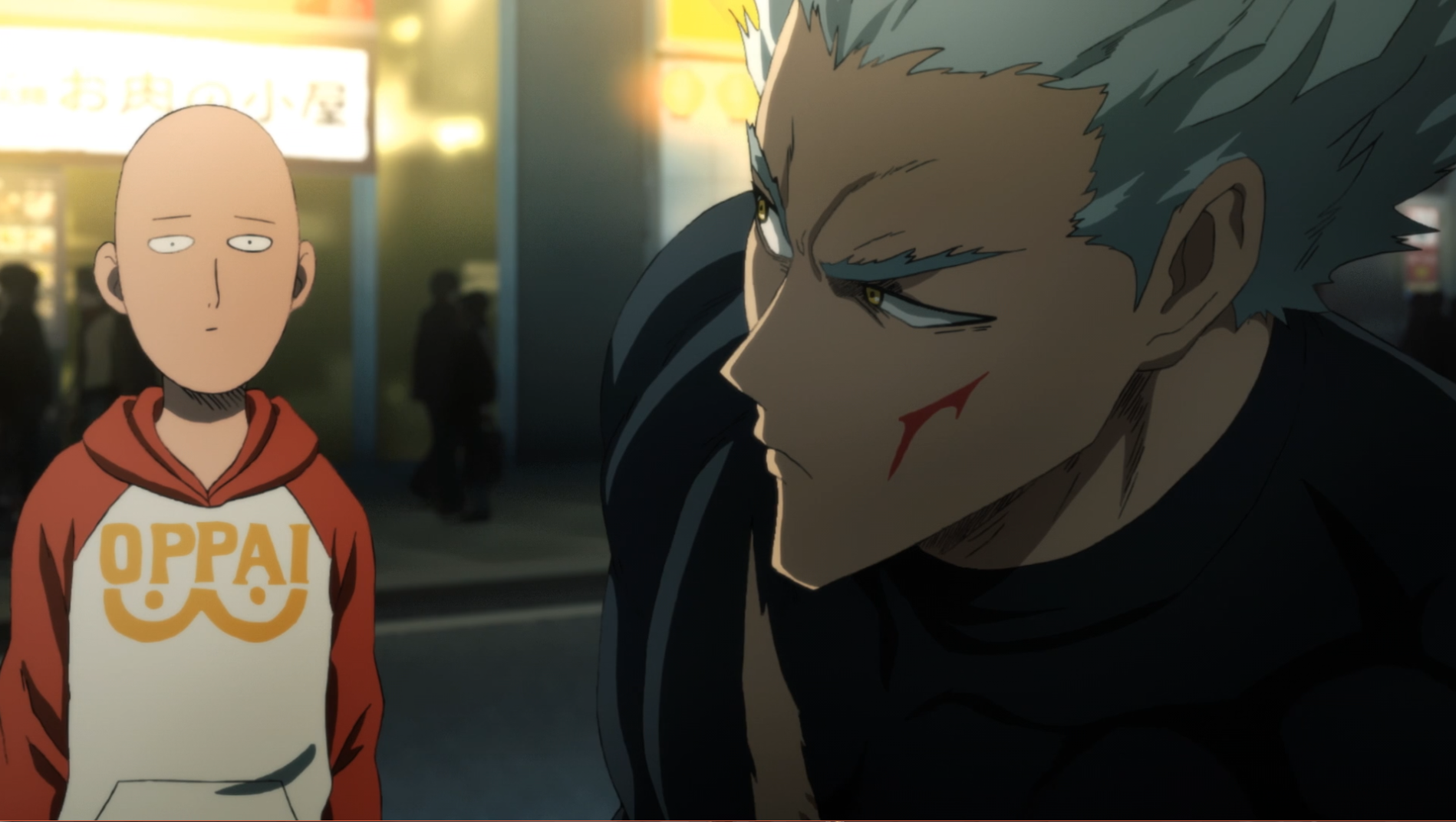 One-Punch Man 2 was yet another show I didn’t consider, not because of surprise but more because of forgetfulness. The sequel was announced some time ago, but the time since the reveal and the change in studio dampened any excitement I may have had. When the second series finally aired, I was pleasantly surprised with the content. While it lacked the originality of the first, the second took what we already knew of the characters and their world and emphasized all my favorite parts.

Saitama’s direct, sometimes taciturn, personality comes at us full force and nothing, not a city-size centipede monster, nor a mixed-martial arts tournament can phase his phase him. It’s something familiar, but never tires the viewer.

My actual favorite addition to the sequel is new character Garou, a self-proclaimed monster who is actually an incredibly powerful man. A former pupil of S-class hero Bang, Garou’s sympathy for monsters inspires him to become one himself, one whom heroes will never defeat. While he admittedly committed many unforgivable crimes like murdering heroes and villains alike, he also revealed a caring nature towards the weak. This duality fascinated me and I kept wishing for a face-off between Garou and Saitama; as if to taunt me, the show instead had the two bump into each other in some of the most mundane ways without actually meeting one another. Once one of the most influential series of its time, Attack on Titan has been eclipsed by other more present shows–at least that’s what it feels like to me. I can still remember the hype of the show’s first year. The passion for the world and the main characters could be seen everywhere online and in person at every convention I went to for the two years following the original’s release. I couldn’t go to one without seeing a horde of cosplayers in uniform. But the delay in a sequel lasted far too long, and people moved on, myself included. By the time the second season aired, it seemed like all that energy from the beginning had drifted away. It probably didn’t help that the sequel also felt like rambling after the non-stop energy of the first season. Much of the second focused on side characters and their back stories.

When the third season came about, the first part in 2018 and this second part in early 2019, it seemed like interest in the franchise was at an all-time low. I’d like to think the revelations in Season 3, Part 2 changed a lot of that, because a hell of a lot of explanations for events in the first season were finally given. I disagreed with some of the narrative decisions, like the implied encouragement to war, but overall I thought the new information almost, ALMOST, made the wait worth it.